Your Guide to PCB Components

Printed circuit boards (PCBs) are critical in today’s tech heavy world, but despite the world being full of electronic gadgets, they remain somewhat of a mystery. This PCB guide will help you better understand the common components in a printed circuit board. 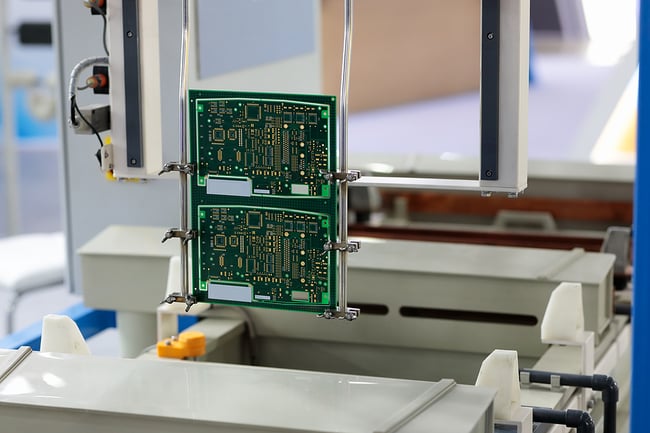 Resistors are widely used in PCBs. They are the components that control the flow of current. Resistors are designed in such a manner that they help resist an electric current from flowing by dissipating electrical power as heat. Different materials are used to create resistors and they come in a multitude of different types made from a range of various materials.

Capacitors are the next most widely used component in PCBs, second to resistors. The function of capacitors is to temporarily hold an electric charge and release it whenever more power is needed somewhere else in the circuit. It usually does this by collecting opposite charges on two conductive layers separated by an insulating, or dielectric material.

PCB transformers transfer energy from one source to the other. They also control the flow of current, like resistors. Transformers function by reducing the amount of energy into something more manageable. This is a very important step because you don’t want to burden the equipment with too much energy.

Diodes are an essential PCB component as they control and redirect current flow by ensuring energy flows in one direction preventing it from moving into another. Typically, the flow moves from one terminal (positive) to the other (negative). The positive is referred to as the anode while the negative is the cathode. To function properly they use the principle of electrical resistance.

Batteries are the component providing energy in the PCB. Batteries function by storing chemical energy and turning it into electric energy used to power the various circuits on a printed circuit board.

Oscillators are programmable clocks that emit electronic signals. There are different types of oscillators including crystal, clapp, voltage controlled and more. They can be classified according to their different parameters and are used in various applications.

Much like capacitors, inductors play a vital role in storing energy. However, inductors store energy differently through a magnetic field versus electrostatic energy. The magnetic field is produced when energy runs through them.

A switch is a major PCB component but is also found in everyday applications. Switches control current flow in a circuit through the opening and closing of the circuit. A single click on the switch makes it possible for energy to flow. Another click forces the current to close and the power supply turns off.

Potentiometers control the current in the circuit. They’re called potentiometers because they determine the electric potential of the voltage of an electronic gadget. The two most common types are rotary and linear. Rotary is the most popular of the two. They use a knob to vary the resistance of a gadget.

SCRs are known as thyristors. They contain four silicone layers. Electrical engineers view them as two transistors that work together to control high quantities of voltage and current.

Sensors can sense and react accordingly. They can sense environmental changes as well as physical input. The inputs that sensors can sense include alterations in heat, moisture, light, motion, pressure and more. Once they sense, they respond through the electrical signals in line with the charge they detect. The signal is transferred to other PCB components. The sensors in a PCB function by changing physical energy into electrical energy.

Levison Enterprises is Here to Help

PCB components are the building blocks of the operation of any electrical system. From PCB design to PCB prototype and assembly, Levison Enterprises has the knowledge and expertise you need for your next PCB build. We can handle all your PCB assembly needs with the precision, care, and efficiency your build deserves, including expert PCB engineering and design services and our high-quality PCB assembly, manufacturing, and repair services. You can trust that your PCB project is in expert hands with Levison Enterprises. Contact us today for a quote.