Here at Levison Enterprises, we like to take time to focus on the people who help drive the success of our company -- our employees. Today, we would like to shine the spotlight on Mary Domonkos.

Mary oversees our cable and wire harness assembly department as the department manager and is actively involved with the production area where she performs assembly for units and harnesses ordered by our customers.

Mary has been with us for six years. She started out with the original company before it became Levison Enterprises. During the restructuring and rebuilding of the organization, Mary took a position elsewhere for a brief time. But we're incredibly happy that she found her way back to us. 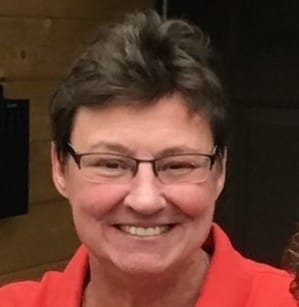 Even while she was gone, she remained in contact and even did some work for us. Once she returned to the fold, she performed assembly work in the cable department. As our organization grew, it was only natural that she be promoted to the role of the department manager.

Mary is excellent at her job in part because of the extensive experience she has had actually building cables and sub-assemblies of all types. She has been involved in one way or another with building most of the products that have gone out the door. This includes the Permobil line, one of the projects she's most proud of. The ability to contribute in such a meaningful way (such as by building cables for wheelchairs) is what makes working at Levison Enterpri

ses so fulfilling. The fact that she has been with us for so long has given her a deep understanding of our processes and regulations as well, making her an exceptional department manager.

ers enjoy working with us.

Mary has plenty of hobbies outside of work as well. We believe that employees who successfully balance their work lives and their personal lives get the most out of their jobs and tend to be the most motivated as well, which is why we encourage a fulfilling personal life. Mary is an avid outdoors enthusiast and spends as much time as she can going camping or hanging out at her place on the lake. She also loves spending time with her family in any way possible, such as on family game night.

Thank you for all you do, Mary! It’s a pleasure having you on our team.